A fun fact about myself: I’ve never broken a bone or required surgery for any injury in my life and I hope to keep it that way. Growing up as a swimmer but a huge NBA fan, I witnessed a few injuries on the TV that most swimmers would rarely have. One of those being the ACL tear.  Most of us have seen it watching professional sports and I would think all (maybe a few don’t) have grimaced after witnessing this injury. If you are one of the few that have not seen an ACL tear, the first video is your indoctrination (Viewer Discretion is Advised). For those of you who do not want to watch the video, its Shaun Livingston tearing his ACL (including his meniscus and 2 other ligaments as well but you get the idea :/). But years later Shaun is back in the NBA now playing for the Warriors, not even skipping a beat and making BBQ Chicken out of smaller guards with his sweet turnaround fadeaway J.  So how can someone who received such a catastrophic injury recover and perform on the highest stage of basketball? There are a lot of myths surrounding ACL injury that often gets misconstrued. So here are 15 ACL injury myths that are about to debunked! 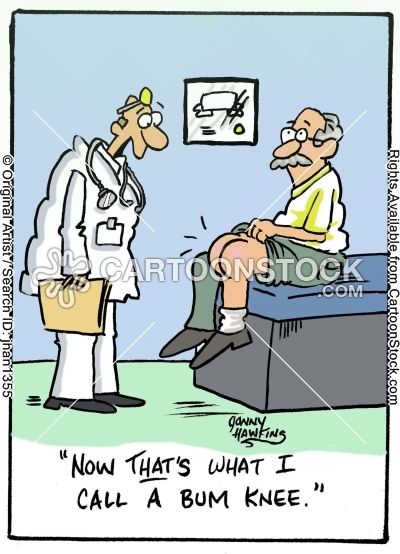 1) Myth: Wearing a brace will prevent an ACL tear.

Truth: A brace without any rehab or surgery will weaken the knee and create a dependency for structural support. If you have not received any advice from a sports medicine doctor and you are trying to self-medicate, it is best to contact a health professional first.

Truth: ACL injuries most often times come from poor landing mechanics. This can be due to an individual landing in a position that is irregular or through poor preparation from a faulty programmed strength and conditioning regimen.

Truth: ACL rehab can take as little as 6 months following surgery depending on the severity of the injury. A patient can potentially see a good range of motion in the knee at around 6 weeks. However, aspects such as motor control do take time to regain which is where this myth originates from.

5) Myth:  The ligaments, bones, and muscles all heal at the same time.

Truth: Muscles and bones are rich in red blood cells making it much easier for healing to occur. Ligaments are not as vascular which causes the ligaments to take an even longer amount of time.

6) Myth: Only athletes are susceptible to ACL tears.

Truth: ACL tears are one of the most common injuries in sports but just about anyone is susceptible to an ACL tear.

7) Myth: Men are more likely to have an ACL tear than women.

Truth: This is far from the truth and it is surprising to see that this myth still exists. We see many male pro athletes receive ACL injuries but they only represent a small percentage of those on the receiving end of an ACL tear. Previous studies have shown that women are two to eight times more likely to have an ACL tear. This is due to many anatomical and biomechanical issues. One of the reasons is due to the intercondylar notch being smaller in women than men which makes the ACL susceptible to injury. Women also have wider hips than men. This will change the alignment of the knee causing it to move inward, which places more stress on the ACL. The added stress from activities such as jumping or landing can cause the ACL to tear.

Truth: Believe it or not, surgery is not always recommended for an ACL tear. It really depends on what the patient in terms of age, activity level, and patience. For someone who is younger and plays sports that require a lot of change of direction and landing, surgery is highly recommended. But say you don’t want surgery. This is totally fine as long as a proper physical therapy protocol is done, then the stability of the knee could be restored close to its original strength.

Truth: ACL Reconstruction Surgery (ACLRS) is a great means to take care of an ACL tear. However, studies have shown that in low-grade ACL tears there has been no difference between nonoperative and ACLRS outcome. In fact, the majority of individuals who did not partake in ACLRS did not need surgery following their injury.

10) Myth: The chance of re-injuring your ACL is higher after surgery and rehab.

Truth: ACLRS has been proven to have a high success rate. Studies report between a 90-95 percent chance of returning to completely normal activity with no problems at all. However, in high-performance athletes, about 50 percent of them return to high-level activity.

11) Myth: Non-Operated Athletes cannot return to playing their sport at all.

Truth: Believe it or not, the chances of a non-operated athlete is just as about the same compared to one who has received ACLRS. In fact, these athletes have demonstrated no need for reconstruction surgery post physical therapy.

12) Myth: The graft used in ACLRS will be able to handle all types of forces.

Truth: With ACLRS, a major component of the surgery is obtaining a graft from a cadaver (allograft) or it can be harvested by the patient from areas such as the patella tendon (autograft). This graft is used to replace the torn ACL. Grafts can provide stability in the sagittal plane post-surgery but have not been shown to provide adequate rotational stability (Stannard, Sherman, & Cook, 2017).

13) Myth: The graft you choose to get does not matter.

Truth: As stated before, a big portion of ACLRS is receiving a graft to replace the once torn ACL The type of graft that is used does matter. When considering a graft for individuals that are 25 years or younger that are very active, it is important to choose an autograft (Raines, Nacelrio, & Sherman, 2017). It has been shown that younger athletes who received an allograft are 2.6 times more likely to re-injure post surgery.

14) Myth: The location of the graft does not really matter.

15) Myth: The surgery requires the knee to be cut wide open.

Truth: ACLRS is done now by a technique called arthroscopy which is done by inserting a small camera into the knee which allows the surgeon to look at the repaired area through a monitor and make surgical changes.

Many myths still surround ACL injuries but the important takeaway is to make sure you read different articles and understand what works best for you. Don’t be afraid to ask questions and help from our staff at COR. This injury is devastating for anybody regardless of activity level, age etc. If you are someone who has recently received an ACL injury, don’t wait now! Get the help you need so you are on the right track to recovery.

If you want to know what it costs – and what availability we have at our physical therapy clinic helping serve Santa Clara, Cupertino, Sunnyvale, San Jose, Palo Alto and the entire Bay Area, then please just click the button below and complete the short form: